The gradual reduction in sensitivity to a repeated stimulus

I got my teeth professionally cleaned this morning.  (One cavity, apparently I need to floss more.)  Now I cannot stop running my tongue back and forth over the newly polished enamel.  When I woke up today, my teeth were the farthest thing from my mind, unnoticeably insignificant.  But now I am obsessively, subconsciously, exhaustively exploring every crevice and gap.  This is a side-effect of a neural process called habituation.  As a stimulus (like “I have teeth”) is repeated, the electrical and chemical impact of the experience physically decreases to the point where it drops out of conscious thought, and then subconscious awareness, and eventually it is not felt at all. 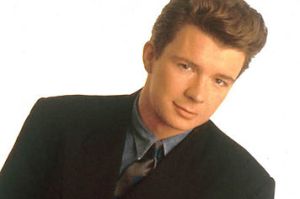 You can get used to anything

As a human, this is a very good thing.  Imagine trying to have a conversation while consciously aware of the sound of your own heart pumping, the movement of your lungs breathing in and out, every blink interrupting your train of thought, unable to stop noticing the pressure of the chair into your back or ignore the ambient noise of other conversations.  It would be impossible to function.  Habituation allows you tune out the vast majority of unimportant details and focus on what is new and interesting, like how smooth your molars have become.  It’s a miraculously efficient process that allows our embarrassingly under-powered brains to filter enormous amounts of sensory information.

As a player, habituation is what allows us to learn to play a game and subsequently master it.  Our ability to predict future events based on current conditions is inseparably dependent on our habituation to past events.  A chess master learns to ignore the thousands of poor, but still possible, potential moves and consider only the strategically significant ones.  A skilled Halo player moves through a multiplayer map without thinking about it, using all of his attention to scan for his opponents.  When Mario reaches the edge of a ledge, pressing the “A” button always makes him jump.  If chess pieces could move randomly, or a Halo map suddenly had a dead-end instead of a corridor, or the “A” button threw a fireball, the player would be unable to play the game effectively.

But as a game designer, habituation is your mortal enemy.  A tireless, inexhaustible foe, mindlessly obviating the best efforts of your craft, which you can only hope to delay, but never defeat.  Fun gameplay is an interactive experience, and habituation inevitably reduces every experience to meaningless static.  To some extent, the purpose of every design trick and tactic is to disrupt habituation, to resensetize players to the fun experience and help them continue to enjoy the game.  We are hacking our own mental hardware, making it less-efficient.

The truly nefarious nature of this enemy lies in how sneaks into the design process itself.  Designers can learn to ignore glaring problems that would annoy or aggravate a new player.  Or they can overlook logical loopholes that will wreck the game balance because they are familiar with how the game is “supposed” to be played.  Or they might wrongly believe an element has been properly tuned because they are no longer sensitive to the effect it has on gameplay.  Understanding and controlling habituation, both their player’s and their own, is a crucial design skill.